The East is running at a whopping 765 cfs right now which has made the fishing pretty tough. We have had a couple anglers report catching a couple fish in spite of the high water though. Most anglers are not having very much success though. With this kind of high water you really need to add enough weight to get your streamers or nymphs down to the bottom where the fish are. You also should use heavier leaders and tippets so if and when you do hook up a fish you’ll have a chance of landing it. The Miracle Mile section is probably going to be a bit easier to fish than the lower section below the bridge as it runs a little lazier there. 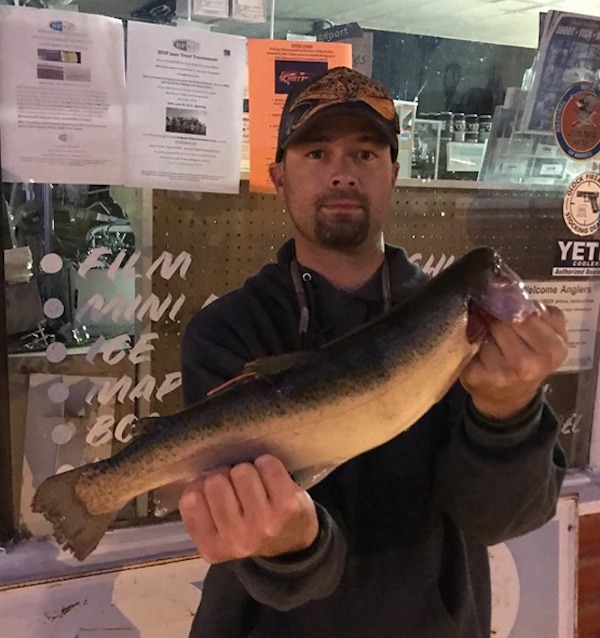 Will Clayton with a 3 lb BFEF tagged rainbow from Bridgeport Reservoir yesterday evening. ......