Flows Have Come Down

The East has come down to about 490cfs this past week. The fishing is still pretty tough at that flow but there are definitely some fish being caught. The upper mile is probably fishing the best right now, it’s a little easier to get your nymphs down near the bottom where they need to be on this stretch as the water is a little more lazy than the lower stretches. Nymphing still seems to be the best technique though there are a few fish being caught on streamers. One of the keys, as usual, is to get your flies to the bottom where the fish are hanging out and feeding, if you don’t get down there you probably will not have much success. 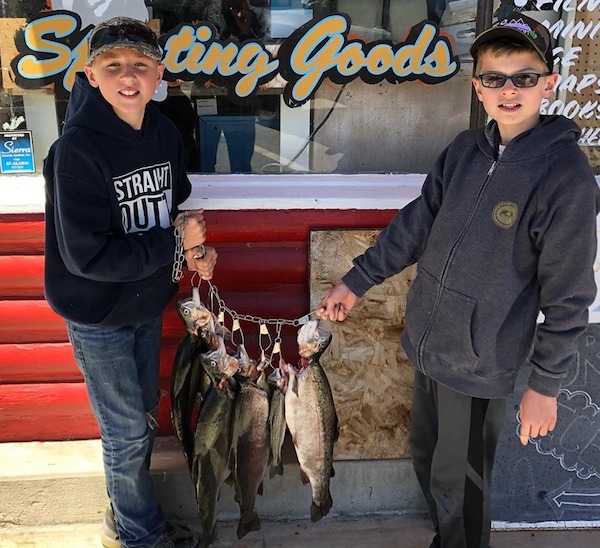 Ben from Bishop and Nathan from Ripon with an epic stringer of 4 to 6 pounders from Virginia Lakes! ......