The Metolius Has Some Ecvellent Hatches Right Now

The Metolius has some excellent hatches right now. Cool rainy weather is forecasted for this week which could lead to some epic dry fly days. Green drakes are coming off around midday. Both the large size 10 - 12 and the lesser size 14 drakes are around. The green drake dry flies are often buoyant enough to use for a dry dropper rig with a small nymph. Pale morning duns often hatch around the same time as the drakes, most PMDs are around size 16. Temperatures are cool enough this week for some blue wing olive action as well. Micro stoneflies are out and most are a light olive color, size 16 - 18. The salmon flies, cascades stoneflies (willow fly), and golden stoneflies can be seen sporadically, they can work great as a searching pattern. Size 14 - 18 caddis are hatching, mainly in the mid-late mornings. With so many hatches coming off choosing a nymph can be difficult. Typically, I’ll use a size 14 - 18 mayfly nymph and a large stonefly nymph to help get my flies down. Green drake nymphs are a great choice as are micro stonefly nymphs. October caddis pupa will start being more important as we move into fall. Recently, when I was on the Metolius I didn’t see too many bull trout. There’s still plenty in the river but I think the majority of them may be spawning in the tributaries (which are closed to fishing) they’ll come back soon to feast on some kokanee. The Equatorial Pacific has cooler water temperatures than normal which suggests a high chance of a La Nina winter. Typically, La Nina winters bring lots of cold snowy weather to the PNW, which is excellent news for those who are concerned about water levels next year.

for Friday, September 17th, 2021
Fall River: Fall River Has Been Good Recently
Crooked River: Great Fishing Can Be Fount Right Now at the Crooked River
East Lake: East Lake Continues to Have Very Productive Fishing
Hosmer Lake: Fishing at Hosmer Lake Has Been Good
Deschutes River- Upper: Less Than Three Weeks Left To Fish The Upper Dechutes
Deschutes River- Lower: Fishing on The Lower Deschutes Has Been Excellent
Twin Lake South: Fishing Has Been Consistently Productive at the Twin Lakes
Crane Prairie Reservoir: Crane Prairie Fishing Has Continued to Heat Up as the Weather Cools Down

Catching Has Been Fantastic 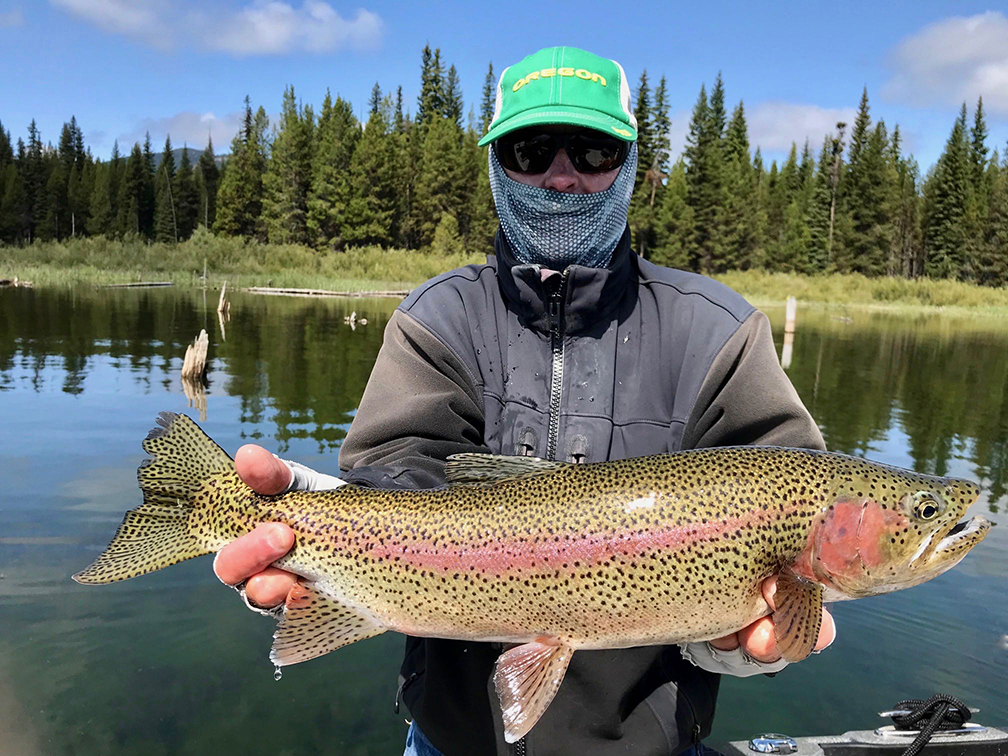 Hi friends. The “catching” has been fantastic here in Central Oregon this summer. I have been guiding several of the Cascade......