Remember, these are the flows just below Highway 395 on Mammoth Creek.

I hate to have to pass this along but due to the number of Ospreys working Hot Creek the fishing has slowed considerably. I don't think the fish population has dropped as much as the fish have seriously changed their habits, especially at the Interpretive Site. The fish are now holding under banks and weed beds so outside of the deeper holes your presentations have to be tight to coverage to have a chance. We're hoping that with the weed beds growing and the young leaving the nests the Ospreys will start spreading out and things will return to normal.

Hatches are remaining unchanged, at least for a couple of weeks until runoff (such as it is) starts. Flows are back up so scuds and streamers are good choices,fish tight to the banks, especially with the streamers. When the wind does let up we're seeing the usual suspects, midges early, mayflies and caddis midday with caddis in the evening if the wind dies down.

Down in the canyon there's a good micro caddis hatch(#20-22) starting around 10. Before that there are midges and then BWO starting somewhere between 11:30 and 1:15. The BWOs are getting smaller, more in the #20-24 range. There seem to be more caddis in the upper canyon and more Baetis lower down but that could be more about when people are fishing in different sections. With temperatures coming back up what little snow we've gotten is melting and impacting the water clarity, so scuds and streamers are back in play. The canyon has been fishing well until early afternoon before slowing down, I've heard good reports about late afternoon but no specifics. The tough part in the canyon is that the hatches can be different day to day and also upstream versus downstream.

Since the caddis are now getting active try fishing a Pheasant Tail #16-20, either bead or non-bead. Not only does it cover the mayflies, but it also imitates the case caddis. And don't forget the ever-present midges.

I still tell my clients that a 4 second drift is average and finish with an aggressive pickup, you will hook fish you never knew existed.

Good Start to The Season 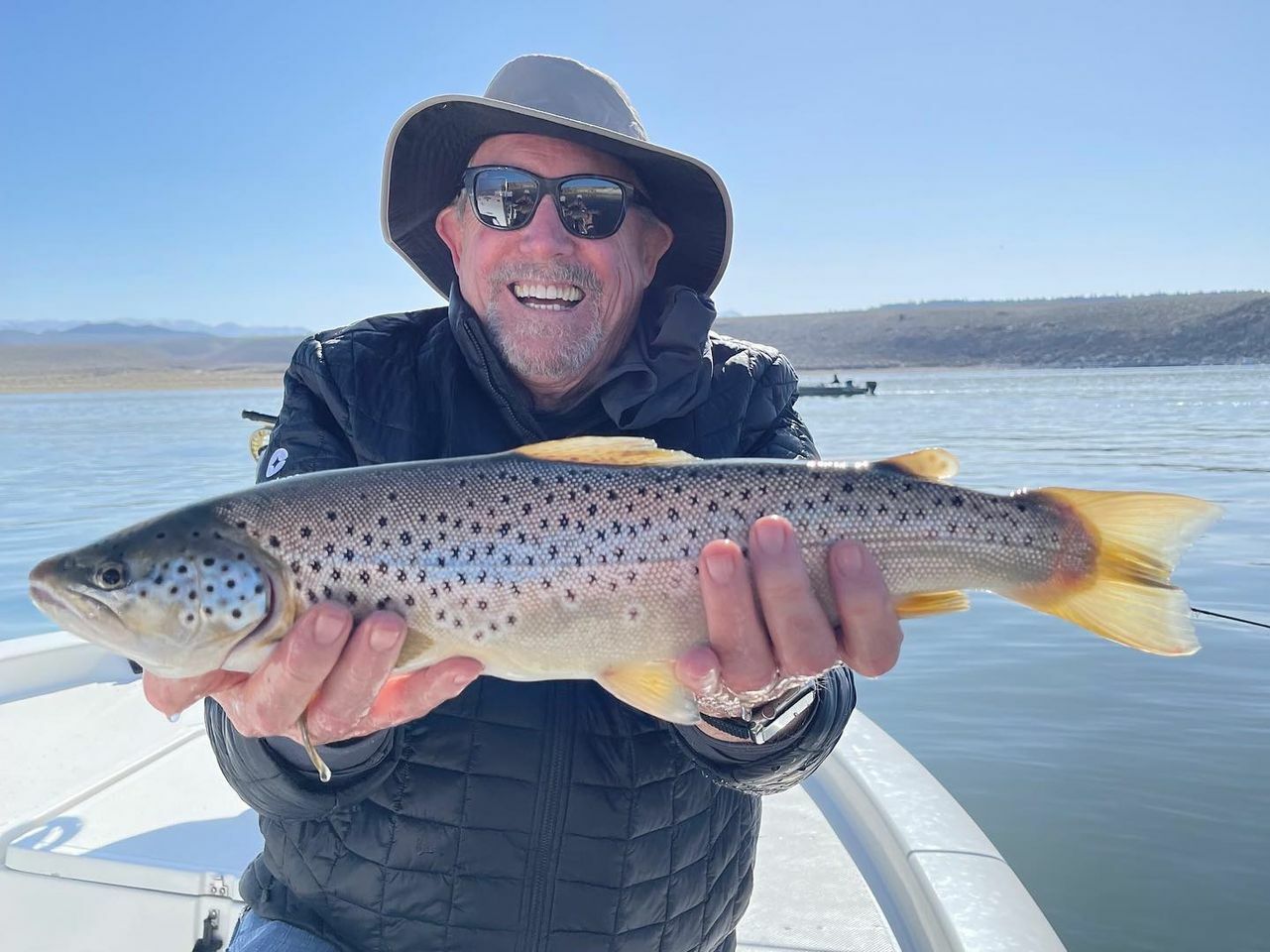 for Friday, April 29th
Hot Creek: Down in the canyon there's a good micro caddis hatch(#20-22) starting around 10
Owens River - Section 3 - Upper (above Crowley): It's good to remember that there aren't a lot of "resident" fish in the Upper Owens
Owens River - Lower: With the colder and windy weather the fishing has slowed down a little but still good.