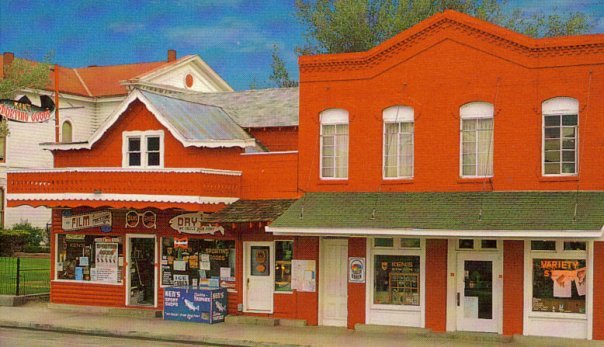 EAST WALKER RIVER
The East is running at about 320 cfs right now, the water temps have lowered a few degrees to around 68 or 69 this past week so things are good in that respect. We’ve been getting mixed reports from down there with some anglers doing pretty good and others not so much. The anglers that have been doing well have mostly been using small nymphs, caddis nymphs, midge patterns and still getting some takes on San Juan worms. We haven’t had any news lately on streamers or dries. With the still higher flows the best area seems to be the upper mile, between the dam and the bridge. There are some fish being caught down below as well but the fishing is a bit tougher. There has also been some decent action on the Nevada side, but again, we’ve had both good and not so good reports from down there as well.

SCEIRINE RANCH
The ranch fished well again this week, mainly on caddis nymphs and San Juans, as with the California side, the water is still a little high but if get your bugs down near the bottom you should be able to have some good days!

HUNEWILL POND
We didn’t have any anglers on the pond this past week, as soon as we get some information from out there we’ll pass it along!

BRIDGEPORT RESERVOIR
The action on the reservoir is still chugging along, there’s been some good reports coming from the channels in Buckeye Bay, off of Rainbow Point and some good fish are being caught out in the middle between Rainbow and the marina. The bait anglers are getting fish with pinched crawlers, inflated crawlers, power bait and mice tails. There has also still been some good trolling action for perch as well as some good rainbows mixed in. Rapalas, needlefish, Thomas Bouyants and crawlers have beed doing it for the trollers.

KIRMAN LAKE
No news from Kirman this week, we’ll keep you posted.

TWIN LAKES
Like the Reservoir, the Twins are still chugging along, producing some good 2 to 5 pound fish each week, not always for every angler out there but some anglers are doing very well. I would expect the action on all the local waters to get better when the weather starts to cool down, this usually happens around the first week in September. Successful anglers on the Twins have been using powerbait, inflated crawlers, mice tails and pinched crawlers for bait, Rapalas, Thomas Bouyants and needlefish for lures. Fly anglers have been using wooly buggers, soft hackles, prince nymphs, seal buggers and mini leeches.

WEST WALKER RIVER
The DFW put some fish in the West this week so the action picked up fairly well, the water now is lower and clear compared to a few weeks ago. We had some good reports on Panther Martins and Mepps spinners, also night crawlers and salmon eggs. It’s also hopper/dropper season up there for the fly anglers so a good hopper pattern and a soft hackle or prince nymph should get the job done as well.

VIRGINIA LAKES
We’ve also had some mixed reports from the Virginias this week but we’ve had a few anglers do very well up there too. It sounds like the best thing to do up there is get out in the water either in a tube or kayak and try to fish near the bottom with flies, mini jigs or bait. Yesterday there were 7 BFEF tagged rainbows caught by two anglers fishing from tubes with flies, not a bad haul! The shore fishing has been a little tough but if you can get out in the water and cruise around you should have some success. Thomas Bouyants, Kastmasters, pinched crawlers, mice tails, wooly buggers, seal buggers, soft hackles and copper johns have all been getting some takes.

If you would like to receive this report via email, drop me a line at reidfly63@yahoo.com and I'll get you on the list!

UPDATE:
August 25, 2019 - Bridgeports Founders Day Weekend is almost here! There’s lots going on for your fun and entertainment!! The Fishin’ Mission Foundation is having a BBQ and concert on Saturday night, there’s a Founders Day dinner on Sunday night, the East Walker River clean-up day on Monday morning, just to name a few things! If you’re in the neighborhook come and enjoy the festivities!