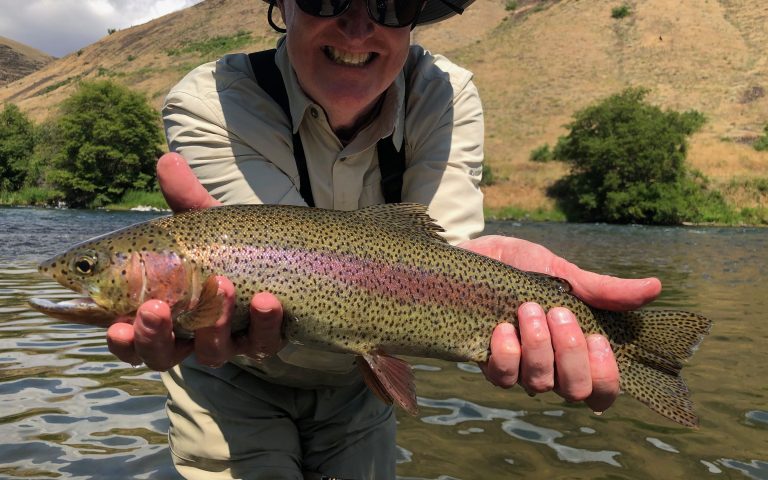 Lower D is still fishing good in early mornings with nymph rigs and dry/droppers. Tan sparkle pupa size 16 with an anato-may off the back is a great combination.  Fishing can get tough in the afternoons with wind and temps picking up through the canyon. That being said the occasional last light action is still available to those seeking out a calm evening on the water.  The river is low and warming, having a Fish Pond Swift Current Thermometer and a Gunnison Solitude Net, can help sustain the fishery with proper releasing techniques, and taking a break when water temperatures get too high. Wading can be very slippery out there, so having your felt soles with traction spikes will give you confidence in heavier water.

Steelhead are starting to trickle into the lower river and numbers are looking about the same as last year. Water temps from Macks to the mouth are holding in the mid 60’s through the heat of the day but keep an eye out and don’t fish if its at 70 or above. The next few months will see more and more anglers chasing steelhead but for now they are few and far between.